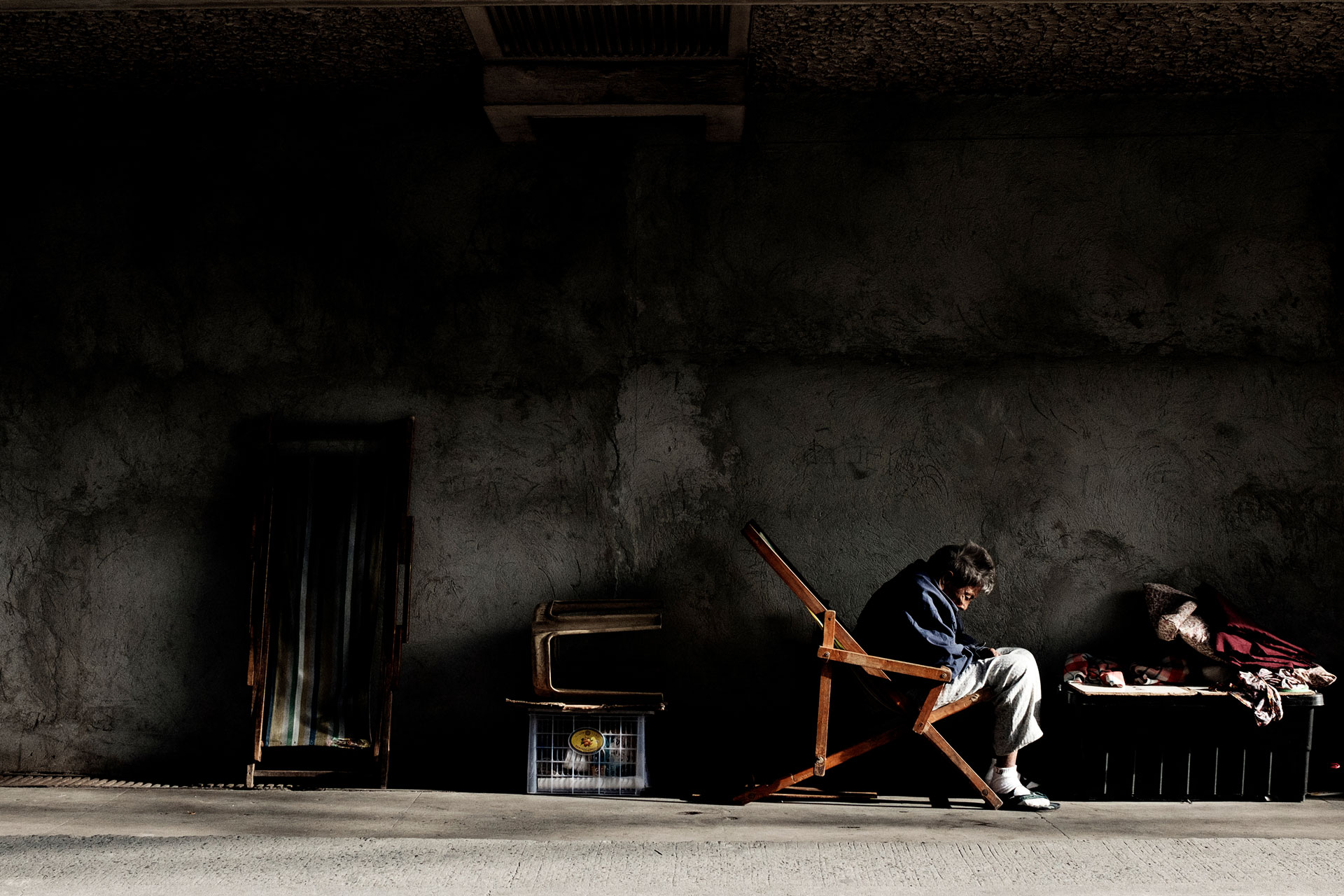 The Cooper Housing Institute (CHI) was founded in 2018 by the Cooper family whose commitment to affordable housing spans 50 years. We founded CHI because we are passionate about making housing a priority in the United States.

We support research that focuses on the root causes of the shortage of affordable housing and chronic homelessness across the nation. While often a highly politicized issue area, we aim to focus on objective, fact-driven research that brings often divergent groups together to embrace common sense solutions.

CHI understands the importance of homeless preventative programs and permanent supportive housing for the most impacted families, senior citizens, and veterans. To this end, CHI also supports direct grants to community-based organizations providing these programs in the communities where we live and work. 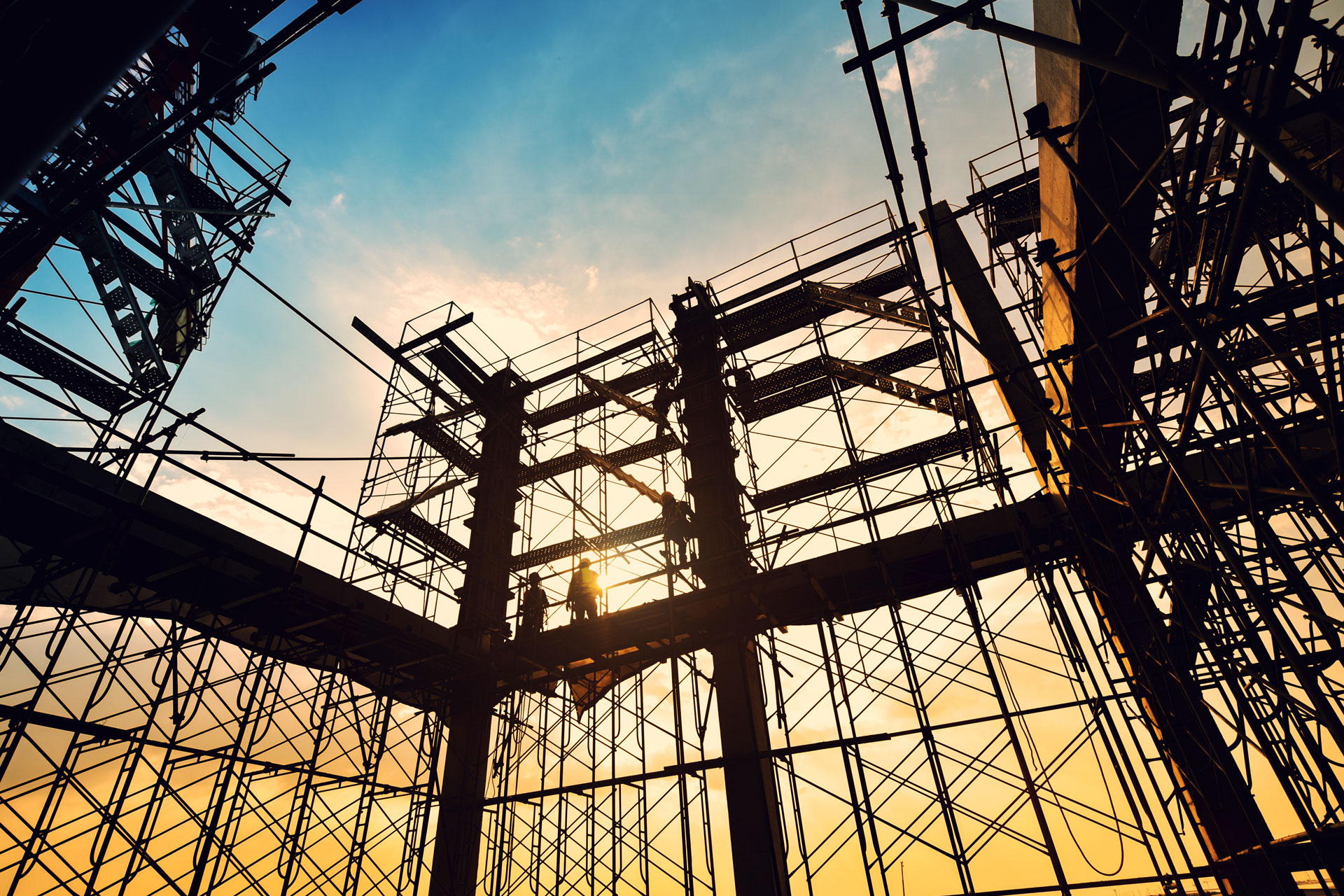 Dwight D. Eisenhower once said that “public opinion wins wars.” We understand that to make housing a priority, public awareness of our nation’s housing challenges needs to rise, substantially. Only then will elected officials, policy makers and private sector leaders across the country affect substantial change.

CHI’s founders have more than 80 years of combined experience in identifying and implementing solutions to the nation’s affordable housing crisis. Mr. Cooper Sr., founded WNC & Associates, Inc. (WNC) in 1971 for the sole purpose of investing in affordable rental housing. Mr. Cooper Jr., joined WNC in 1988 and now serves as CEO of this family business. Since its founding 50 years ago, WNC has invested more than $5 billion of private capital in affordable housing on behalf of more than 19,500 individual and institutional investors. These investments have financed the ground-up development and/or rehabilitation of more than 1,450 affordable rental apartments in 47 states providing affordable homes to more than one million low-income residents. 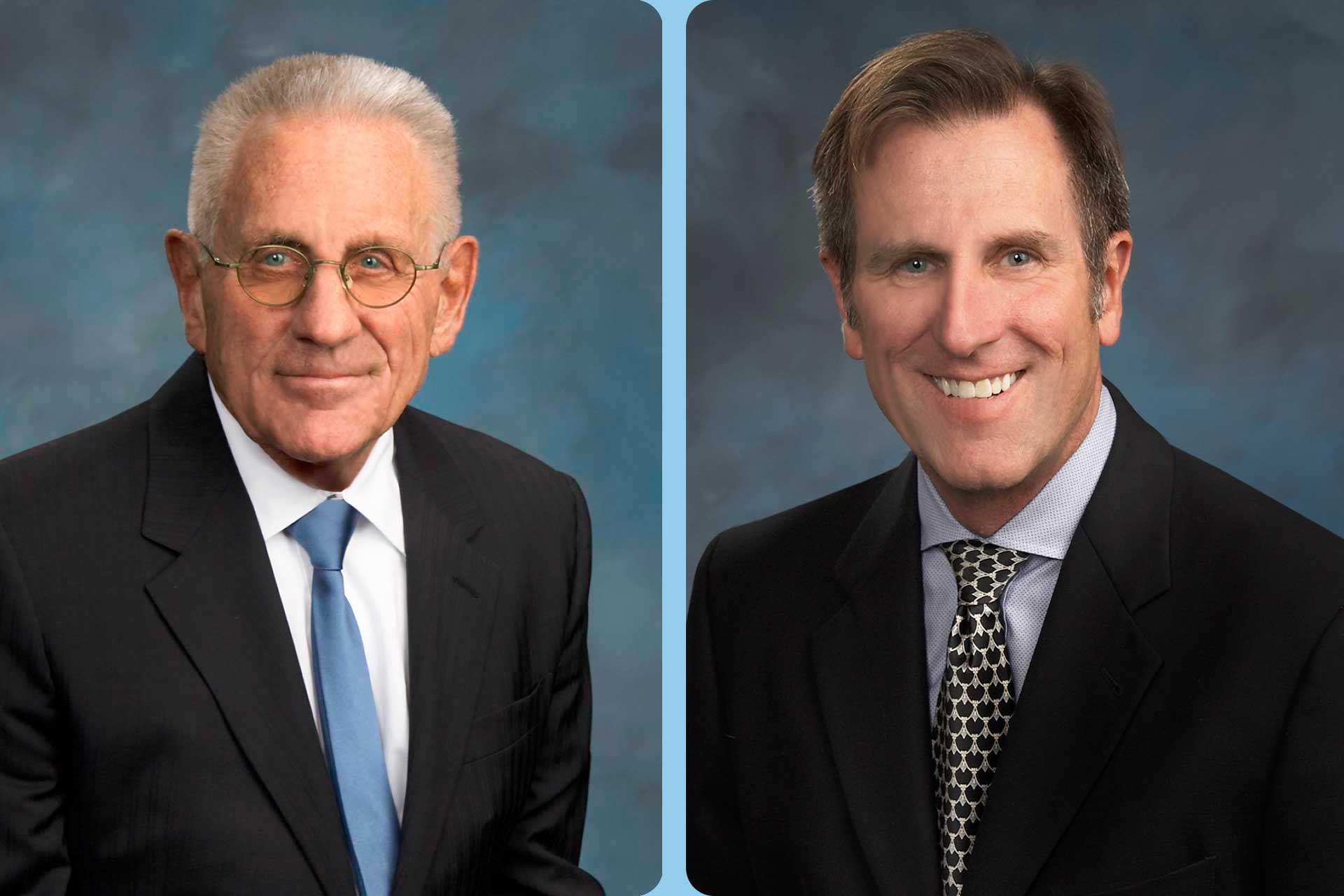 Wilfred N. Cooper Sr., is co-founder and Director of the Cooper Housing Institute. He is also the Chairman of WNC, a company he founded in 1971, which specializes in the investment and development of affordable rental housing properties. Mr. Cooper, who has testified before Congress regarding low-income housing tax credits, is a life director of the National Association of Home Builders (NAHB) and a national trustee of NAHB’s Political Action Committee. He is a life trustee of the National Housing Conference, a cofounder and director emeritus of the California Housing Consortium and a member of the U.S. Vets Housing Taskforce committee. Additionally, Mr. Cooper has been inducted into the Hall of Fame at the California Homebuilding Foundation (CHF). Mr. Cooper is the recipient of the CHF Lifetime Achievement Award, the NAHB Robert J. Corletta Award and the David Reznick Lifetime Achievement Award for his achievements in the industry. Mr. Cooper earned a bachelor of arts from Pomona College.

Wilfred N. Cooper Jr., is co-founder and President of the Cooper Housing Institute. He is also the president and CEO of WNC. Prior to joining WNC in 1988, Mr. Cooper worked in government and legislative affairs in the Washington D.C. office of a multinational corporation. He is a national trustee of the National Association of Home Builders’ (NAHB) Political Action Committee, a member of the NAHB Federal Government Affairs Committee and the board of directors of the California Building Industry Association (CBIA), a co-chair of the Affordable Housing Subcommittee of the CBIA and serves on the Editorial Advisory Board of the Tax Credit Advisor. He is also a member of the National Housing Conference and the Urban Land Institute. Mr. Cooper earned a bachelor of arts from the School of International Service of the American University.

CHI Board of Advisors

The Cooper Housing Institute is guided by five notable academic and advocacy leaders in the housing community. The advisors use their combined wealth of experience in homelessness and housing issues to provide the CHI with recommendations in pursuit its goal: Ensuring everyone in the U.S. has access to affordable and safe housing. 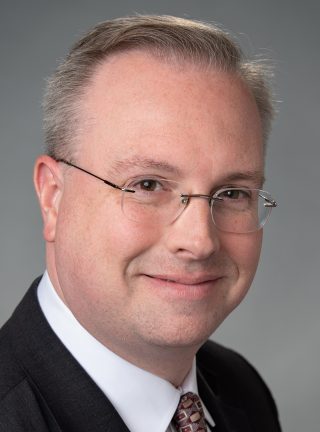 Dr. Robert Dietz is Chief Economist and Senior Vice President for Economics and Housing Policy for the National Association of Home Builders (NAHB), where his responsibilities include housing market analysis, economic forecasting and industry surveys, and housing policy research. He has published academic research on the benefits of homeownership, federal tax policy, and other housing issues, and has testified before Congress on real estate policy issues. Prior to joining NAHB in 2005, Robert worked as an economist for the Congressional Joint Committee on Taxation, where he was the committee’s real estate expert. He is a native of Dayton, Ohio and earned a Ph.D. in Economics from the Ohio State University. 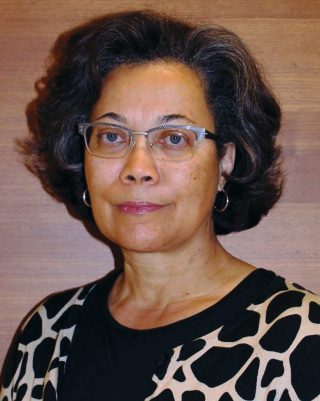 Dr. Norweeta Milburn is a Professor-in-Residence in the Department of Psychiatry and Biobehavioral Sciences at the UCLA Semel Institute, Senior Director of Research and Evaluation at the Nathanson Family Resilience Center, Co-Director of the DMH-UCLA Prevention Center of Excellence, and Director of the UCLA Center for AIDS Research Health Disparities Core. Dr. Milburn is a Fellow in the American Psychological Association (APA). She has been a member of the APA Committee on Children, Youth and Families, and chaired the APA 2009 Presidential Task Force on Psychology’s Contribution to End Homelessnes. She received her Ph.D. in Community Psychology from the University of Michigan. 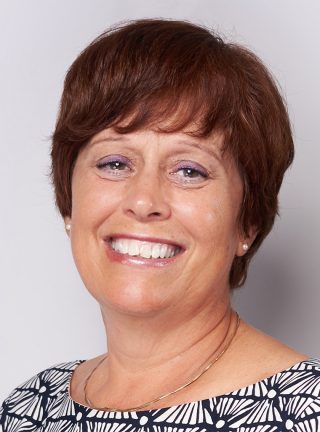 Denise B. Muha serves as the Executive Director of the National Leased Housing Association (NLHA). In addition to overseeing the day-to-day operations of the Association, Ms. Muha works with NLHA’s 500 member organizations to formulate policy on issues impacting  the assisted multifamily rental housing industry and represents these positions before HUD and Congress. She serves on the Advisory Boards of the Assisted Housing Management Insider and Tax Credit Insider and the Value Advisor Fund and is a director on the Bollinger Foundation board and the NLHA Education Fund board. She was inducted into the Affordable Housing Finance Hall of Fame in 2019. Ms. Muha holds a bachelor of arts from Thiel College. 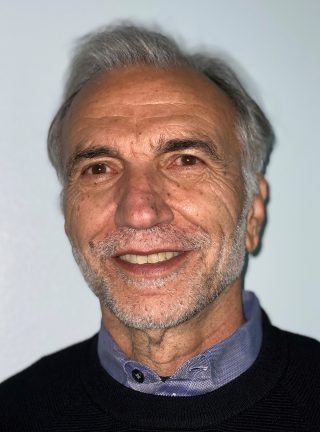 Dr. Sam Tsemberis, clinical psychologist, is Founder and CEO of the Pathways Housing First Institute. He also serves as the ED for the Greater Los Angeles VA-UCLA Center of Excellence for Training and Research on Veterans Homelessness and Recovery. Dr. Tsemberis developed the Housing First (HF) program, which offers housing as basic human right and effectively supports recovery for individuals, families, and youth experiencing homelessness. Dr. Tsemberis was awarded the Distinguished Contribution to Independent Practice award from the American Psychological Association in 2016 and the Meritorious Service Cross awarded by the Lieutenant Governor of Canada in 2018. He is author of Housing First: The Pathways Model to End Homelessness and co-author of Housing First: Ending Homelessness, Transforming Systems, and Changing. Dr. Tsemberis earned his PhD in Clinical and Community Psychology from New York University. 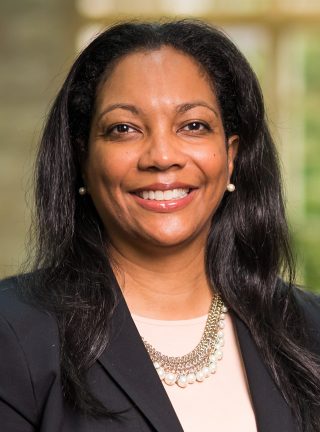 Pamela West leads the real estate impact investment strategy with Nuveen’s Real Assets group.  In addition to her professional activity, Pamela is a Board Member of the Real Estate Executive Council and a Board Member of Bold Charter Schools in the Bronx, NY and also serves on the Real Estate Advisory Board for the City Parks Foundation in New York City.  She is a member of the ULI Affordable Housing Investors Council and the Real Estate Roundtable’s President Council.  Pamela received a bachelor’s degree in English education from the University of North Carolina at Greensboro and an MBA in real estate and finance from the University of North Carolina at Chapel Hill.